Risk the Discovery of a New World of Possibility

"Security is mostly a superstition. It does not exist in nature, nor do the children of men as a whole experience it. Avoiding danger is no safer in the long run than outright exposure. Life is either a daring adventure, or nothing." —Helen Keller

The goal of this site is to create a conversation that "comes from" the premise that a world that works for all is not only possible but necessary. It is the compelling truth from which we must live our lives.

Where Even the Darkness is Made Light

And all of life's madness and sadness can be included, as our opportunity to bring contribution, commitment, and meaning to the world. We're responsible only for being fully present, for what we make of it.

From Global to Local

We are everywhere on this Earth, its natural inhabitants. But are we stewards of the commons, or plunderers and parasites in this blue-green planet?

In Perfect Harmony with Our Natural Surroundings

Charles Eisenstein speaks of "the more beautiful world that our hearts know is possible." We invite you to join us on this journey to a better life for all.

A New Paradigm for Action 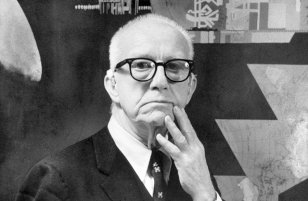 "It is my lifelong resolve to accomplish tasks by reforming the mechanics of the physical environment rather than by trying to reform man. I'm confident that humanity is endowed with extraordinary capabilities." (R. Buckminster Fuller, Utopia or Oblivion ,1969)
Read more » 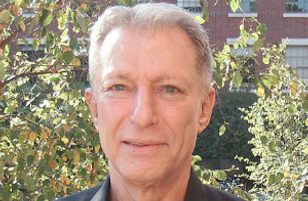 Each of us has the opportunity, the privilege, to make a difference in creating a world that works for all of us. (Werner Erhard, A World That Works, 1980)
Read more » 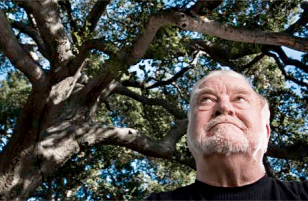 "The primary reason it is so difficult to achieve happiness centers on the fact that, contrary to the myths mankind has developed to reassure itself, the universe was not created to answer our needs." (Mihali Csikszentmihalyi, Flow: The Psychology of Optimal Experience, 1990)
Read more »
We can have direct access to the power to create, and with this access we can create the possibility of a world that works for everyone, with no one and nothing left out. This is a possibility for us, and it is a possibility for you. We invite you to join us on this journey. Together we can act as though we are in a "you and me world."
No comments

What’s interesting is to look back at Werner’s remarkable insights and see the compassion in the man—a man many regarded as the ultimate advocate of tough love.

This site is a tribute to Erhard, and to the organization which he created—and then let go of when his persona became an obstacle to its existence—for the extraordinary good that he and “the technology” he developed did for so many people. I can remember many thrilling and deeply moving instances where individuals in the Landmark Forum experienced profound breakthroughs, freeing themselves from the past and opening up to new possibilities for the future. In my case, it gave me access to an awareness of myself and of Victoria that has kept our relationship alive for nearly forty years.

For many years I held back from speaking and writing about the Forum, partly in response to the repeated warnings to treat every word and idea as proprietary, and partly out of concern that I could not do it justice on the printed page. The power of the Forum lies in the dynamic engagement with the listener in real time, the sudden a-hah that occurs when we see the truth about ourselves as revealed through the eyes of another.

In the end, I think Werner will be recognized for his remarkable contribution to ontology, the study of being: to its presence beyond words, which he nonetheless conjured up through a disciplined practice of interaction and conversation. He took his own advice to heart and dealt with people as if they were perfect, while giving space to allow them to let their garbage go.

The universe has been set up in an exquisitely specific way so that evolution could produce the people that are sitting here today and we could use our intelligence to talk about the universe. We see a formidable power in the ability to use our minds and the tools we’ve created to gather evidence, to use our inferential abilities to develop theories, to test the theories, and to understand the universe at increasingly precise levels. (Ray Kurzweil 11-05-02)

Coming off the latest Mary Morrissey Dreambuilder Live[1] weekend has left me wanting to understand more about this question—since she asserts that there are forces, directionalities, frequencies, and vibrational levels that we can align ourselves with in order to have better results in the world.

These forces are invisible—like electricity is invisible. She states that there are natural laws, just like those of electricity, that apply to human affairs. Our understanding of these laws largely determines the outcomes we get in life; if we can decode these natural laws and align our actions with what “the Universe wants to happen through us,” we can use these forces to help us achieve our dreams.

We’re in the processing of “re-branding” ourselves as Possible Planet (www.possibleplanet.org, of course). So what does this re-branding mean, and why are we doing it?

By “we” we mean here the Center for Regenerative Community Solutions, our 501(c)(3) umbrella entity under which we house a number of our own and others’ projects. These include not only global and local projects, but pretty much also every level in between. So not only are we concerned with what’s needed for “A Possible Planet” (the title of our forthcoming book), but we’re also working on Possible New Jersey (www.possiblenj.org) and Possible Bound Brook (www.possibleboundbrook.org [since retired]) as examples of the application of what is really the paradigm-shifting model behind Possible Planet.

It seems appropriate, in the context of this project, to state that much of what we are talking about is “already out there” in one form or another; part of our goal is simply to bring it together in a way that we and others can work together effectively to build a new future for ourselves and the rest of the world.

I’m reminded of this specifically by picking up Duane Elgin’s The Living Universe (2009), in which he reminds us of the “Warning to Humanity” issued by 1600 of the world’s top scientists — including a majority of the Nobel laureates in the sciences at the time — in 1992:

“A great change in our stewardship of the earth and the life on it is required, if vast human misery is to be avoided and our global home on this planet is not to be irretrievably mutilated.”

Today, 22 years later, we know that we have not made this “great change”— and that catastrophe is looming ever closer. We know, for example, that we have already locked in a greater than 2°C temperature increase in the global climate; that we are in the midst of the sixth great extinction of species on the planet; and that we are not likely to solve these problems until poverty, war, and oppression have been banished from the earth. Despite the “mainstream media’s” efforts to keep alive a wholly-obsolete “debate,” almost everyone we know now understands and accepts this reality.
Continue reading

There is a sense in which we already find ourselves living in “a world that works for no one”: not the rich, and certainly not the poor; not the believer or the agnostic, not the Ph.D. or the high school drop-out, not the pop celebrity or the homeless veteran still suffering from PTSD. It’s not just that the rich are as depressed, confused, and cynical as the rest of us, which is certainly true in many cases; or that the world we live in seems to be unravelling in a dozen different ways, which has certainly been the case during all of our lifetimes. It’s that the world cannot work for anyone unless it at least begins to work for everyone.

“A World that Works” is the central project of our time — and will indeed be that of any foreseeable future. Science has brought us enormous realms of understanding, but none more important than an awareness of our actual impact on the planet and its unsustainability. We may regard this as fact: our Earth, which is at this point our only habitat, is in the process of becoming increasingly inhospitable to life. Climate change, mass extinction, ocean acidification and the loss of biodiversity are each capable of becoming massive and in some cases overwhelming disruptors, each capable of passing a point of no return.

The people of the world know enough, now, about how the world could work for everyone, with no one and nothing left out. We just need to:

“A World That Works” is a design for a conversation about shifting the paradigm for human culture on the planet. It brings together our knowledge of human transformation with our urgent necessity for ecological reintegration. It could lead to a video, a book or monograph, a theatrical presentation, and/or a series of educational opportunities and programs. The goal of the initial project is to explore these possibilities and opportunities with a selected group of innovators, educators, thought leaders, and scholars from around the world, through a web site or series of sites that represent points of convergence for thinking about the paradigm shift. The anticipated cost of phase I of the project is _____. Contributors will have access to protected areas of the web site, and the opportunity to participate in the dialog and development of the project.

Here’s some background thinking on the project focus.

If “a world that works for all” is possible, what will it take to create it? Most people do not think very much about this. They’d ideally like the world to be a better place, but cannot imagine a world that actually does work for everyone. So the challenge, as Werner laid it out — that “Each of us has the opportunity, the privilege, to make a difference in creating a world that works for all of us” — is one that takes us on a journey to the unknown.